Is My Love Enough? 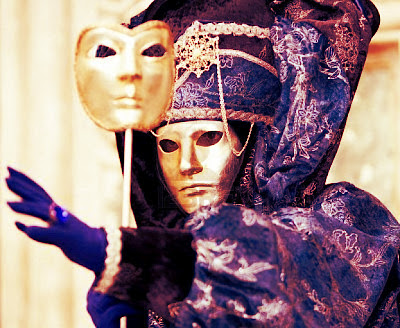 
There he stood (in all his glory), as people surrounded him waiting to get his autograph, a photograph, or just to be in his presence.  I watched their faces light up at the sound of his voice.  He was sharing stories with them and telling jokes.

I wanted to get closer but I was taught to NEVER enter a king's court, unless he calls you by name.  In other words, never enter his vicinity or circle (wherever that may be), unless he asks you or invites you.

He glanced over his shoulder and smiled at me and I smiled back.  He then held up his finger, as if to say... give me a minute.

So I waited in the wings and enjoyed all the love that surrounded him.

A few minutes later, his guardian angel Elvis (a.k.a. Francis), walked up and pulled me away. "Hey darling, I need you to help me out with something,"  he said.  I thought that was kind of funny because I'm usually the one that's asking for his help.  haha

I said, "Sure, anything, what do you need me to do?"  I noticed that he had black leather gloves on and stuff in his hands.  He handed me his water (to free up his hands), as he reached into his coat pocket.

He then kissed me on the forehead and said...

"Sweetheart, don't worry about what people are saying about him... they don't understand the LEGACY of a king, nor the footsteps one must take to fulfill it."

"I know this.  My heart just hurts to see him being hurt.  But I know that Jesus is protecting him and he also has the best guardian Angel, this side of Heaven. hehe

"Haha... Amen!  Hey, do you remember the story I told you about when I smashed the grapes on the fender of the car?"

I started laughing... "Yes, how could I forget?"

"The reason I did that is because he would've never been able to CREATE the color I wanted the car painted, unless he SAW it first...

Listen to me honey, don't become weary... everything is going according to plan... His hour has come to be glorified...

Remember this before the year strikes midnight." 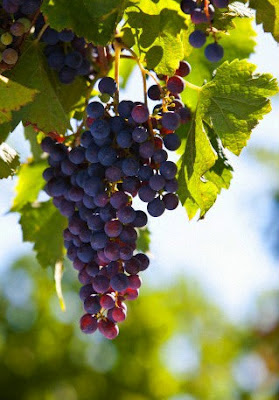 
As I awoke from this dream, I couldn't shake it off of my mind.  It seemed so vivid and real.  I wrote the dream down in my journal and I started asking God a million questions.

I began to think about how God changes the times and seasons, removes kings and sets up kings.  And how He gives wisdom to the wise and knowledge to those that have insight.  But I didn't know what to do with this dream?!

I was perplexed?  How in the world was I supposed to download a song from Heaven and give it to him?  I wasn't given the lyrics, nor did I hear the song? He was also out of town (at the time), and I didn't want to bother him with my dream.

Besides, he has dozens of beautiful (new), songs already and I didn't want to add more pressure to him.  I guess it was partly my own doubt and fear? Or in some ways, maybe it was just my pride?  I didn't want to sound more foolish or crazier than I already do.  haha

So, I decided not to say anything and to wait and see if I would get another piece to this dream.

But it was then that it seemed as if my dreams went through a drought.  I wasn't having any dreams at all or at least I couldn't remember them.  It was complete SILENCE.

As the months passed by, I had forgotten all about this dream. 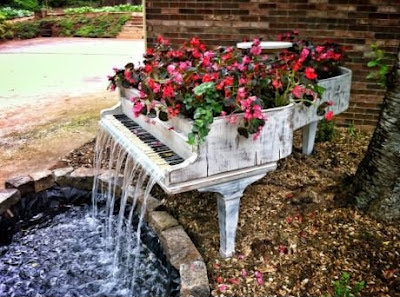 "For your love is better than wine." ~Song of Songs


A few weeks ago, I was out by the pool.  It was a warm sunny day with a slight breeze.  I closed my eyes and felt the sun on my face.  I could hear the beautiful sound of the water fountain, in the background.

After awhile, I decided to jump into the pool and cool off.

As I came up out of the water, I noticed the clouds had suddenly appeared and covered up the sun.  And just like that, it began to rain.  I looked up at the sky and smiled.  I thanked God for this miracle and for pouring down His blessings. The sensation of swimming in the rain was amazing.

While I was swimming, I started to wonder how the people must have felt that actually got to SEE Jesus perform miracles.  Especially the very first time He had performed one, when He turned the water into wine.

If you don't know the story, I'll share it briefly with you...

Jesus and his disciples, were at a wedding and they ran out of wine.  His mother Mary came to Him and told Him that, they were out of wine.  Jesus said, "Woman, what does your concern have to do with me?  My hour has not yet come."  His mother said to the servants, "Whatever He says to you, do it." Jesus then said to them, "Fill the water pots with water."  After they had filled them, He said to them, "Draw some out now, and take it to the master of the feast."  They took it to the master and poured him the wine. When the master of the feast tasted the wine, he called the bridegroom and said, "Every man brings out choice wine first and then the cheaper wine, after the guests have had too much to drink; but you saved the best till now."

This was the first MIRACLE Jesus performed, which manifested His GLORY. And His disciples BELIEVED in Him.

What fascinates me about this story (aside from the actual miracle), is that Jesus told His mother that His time hadn't come yet.  But, yet He still performed the miracle anyway?

So, what made Him perform this miracle if it wasn't time yet?  Was it Mary's faith (by telling the servants), or was it the servants obedience that drew it out?  I believe it was BOTH.

One drew it out, the other poured it, and Jesus performed it.

The Bible says that after this miracle, His disciples believed in Him.  You see, sometimes people won't BELIEVE unless they SEE a miracle.


"Unless you people see signs and wonders,
you will by no means believe." 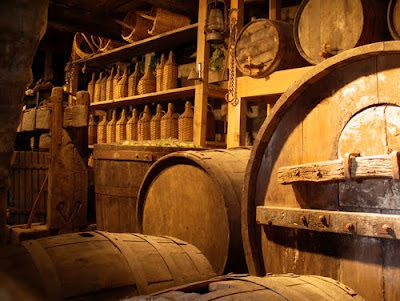 The next morning as I was at church, my Pastor was preaching and he said...

We need to release whatever is inside of us.  Because what's inside of us, might be the very thing that someone else needs to HEAR.  It's not up to us to turn the water into wine but we need to fill the water pots, draw the water out, and allow Jesus to turn it into wine."

He then continued on by saying that sometimes when God is silent, that is when He's working the most.  And just because we haven't SEEN the miracle yet, doesn't mean it won't happen. 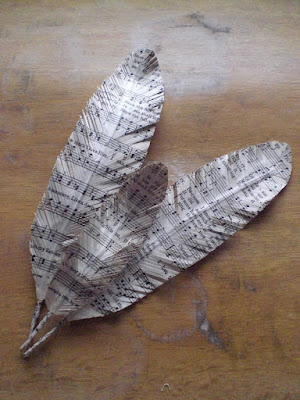 Release the sound that's inside of you.


Later on that evening, I was cleaning up the dishes and x was in the other room practicing.  I heard him call my name.  He yelled for me to come in there and listen and he asked me to bring him some water.  I glanced up at the clock and it was a quarter to twelve.  I grabbed a bottle of water and poured myself a glass of wine.

As I walked into the room there was a strong ambiance that filled the air.  I can't explain it, but I could feel a beautiful presence in the room.  I could smell the scent of the vanilla candles that were burning and I noticed his Bible was sitting on top of his piano.

I listened, as his fingers danced across the keys.  It felt like HONEY had just dripped into my soul.

I closed my eyes as he began to sing.  I inhaled his sweet aroma and all that was pouring out of him.  I had never heard him sing this song before? It was beyond beautiful, just like swimming in the rain.

As he was singing, I recognized the lyrics to the 'Title' of the song that Elvis a.k.a Francis had given to me (months earlier), in my dream.

I couldn't believe what I was HEARING.  It was then that I RECALLED the words that Elvis/Francis had spoken, "Remember this, before the year strikes midnight."

Instantly, it felt as if someone had just lit a match inside the pit of my stomach and my soul was on FIRE.  I felt a surge of electricity shoot from my head, down to my toes and back up again.

My eyes began to sting and they started to water.  I wiped my eyes and opened them.  I was ASTONISHED at the sight that was before me.

I SAW angels surrounding him as he played.  I put my hand over my mouth in complete shock.  Something so deep was transpiring and I was MESMERIZED.

Glory filled the entire room, as I watched his countenance begin to change. His face was shining and his eyes were sparkling.  I was experiencing a MIRACLE, right before my EYES.

Then he abruptly stopped playing and said, "did you hear that?"  I was speechless!  I couldn't say anything, I just shook my head, yes.  "were you singing?"  he asked.  I shook my head, no.

"That wasn't an echo... I just saw angels surrounding you and I think they were singing along?!"

He started to laugh... until he realized that I wasn't joking.

There was a peaceful SILENCE in the room, as he paused for a moment.

He then put his head down and quietly said, "the way you speak sometimes, takes my breath away."

Tears filled my eyes as I asked him, "Whose song is that?"

"it's my song... it's something new that i've been working on... it just came to me a few months back, in the middle of the night."

"You need to play it and record it."

"Yes, it IS more than enough!  Remember this... the dancer becomes the DANCE."

He smiled, leaned over, kissed me on the cheek and said...

"and the dreamer becomes the DREAM." 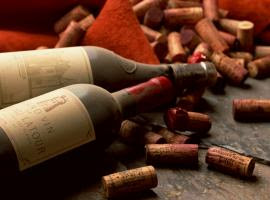 
Elton John ~ Something about the way you look tonight

"With your smile,
You pull the deepest secrets from my heart
In all honesty,
I'm speechless and I don't know where to start"

Posted by Farfalla Dreams ~ Lisa Marie Farfalla at 10:45 AM 32 comments: