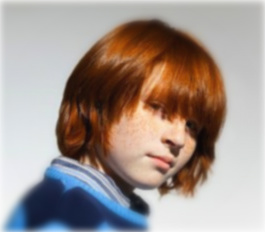 "I think I dreamed you into life"... Savage Garden


It was picture day at school and he wore his favorite blue sweater.  He was so excited that his hair was growing long, like his daddy's.  As his mother dropped him off that morning, he kissed her and jumped out of the car.  She watched him walk away as he turned back and glanced at her.

Time froze for a moment as she captured the picture of his beautiful face. She waved good-bye and drove away.  As she was driving, she began to thank God for her son.  She asked Him to send thousands of angels to surround him and protect him.

Later on that afternoon she picked him up from school and his countenance had changed.  He seemed sad about something.  She asked him how school was and he just responded, "fine."  Sensing something was wrong, she said, "Honey, how about we go down to the beach and get an ice cream cone?" "Sure," he replied softly.

She decided to give him some time to unwind as she turned the radio on. "Hey sweetie, did you know that your mama dreamt about you before you were born?  That's why I love this song."

She began to sing as she pointed to him.  He finally cracked a smile and started to sing along...

They arrived at the beach, grabbed an ice cream cone and started walking down the boardwalk.  That's when he finally began to open up.  "Mama, does daddy cry because of the things people say about him?" he said. "Oh honey, did someone say something to you at school?" she asked.

He nodded his head yes as tears rolled down his sweet cheeks.  She bent down wiped his tears and said... "Baby, don't cry.  When things upset you or people hurt you, you just call upon Jesus.  He will always bless you, guide you and deliver you...

Do you remember the story you learned in Sunday school about Peter and the disciples that were in the boat?"  "I remember mommy," he replied. Remember they got scared because they thought they saw a ghost... But Peter called out to Jesus and he walked on water.  Peter wasn't perfect but he had faith and courage enough to get out of the boat and he was the only one who walked on water.  "Yeah and Jesus called Peter the rock because he rocks like daddy."

Haha! Yes, well something like that... but Jesus loves us all the same, even those that don't know Him or say mean things about Him.  So you love those kids too because they don't know your daddy either, ok?  And your daddy loves you more than anything in this whole world.  You're his rainbow.

"Ok mommy... when I grow up, I wanna rock for Jesus like daddy and Peter but I wanna play guitar instead."  You can play whatever you want sweetie, music always makes everything better...

Now let's go write your name in the sand and thank Jesus for giving you such a cool daddy." 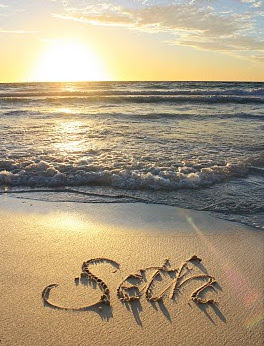 The world is crying out for the Manifestations of the sons of God.

May we PRAISE and HONOR our Father in Heaven and those upon this earth.

Those that were before us and for those yet to come. 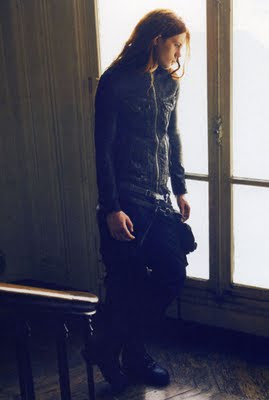 For the sons of today, will be the fathers of tomorrow... 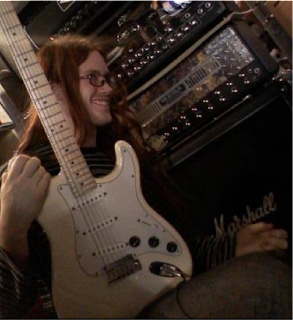 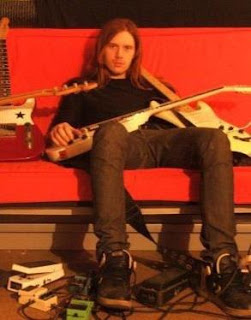 May we clothe ALL of them in Honor and Majesty.

You'll find many just like me
along this city street.
Shoulders stooped, heads bowed low,
eyes staring in defeat.
For those who live within the past,
for sorrow plays all parts,
for death is all they have left,
these men with broken hearts.

You have no right to be the judge,
to criticize or condemn.
Just think but for the Grace of God
it would be you instead of him.
A careless step or thoughtless deed
and then the misery starts.
For those who weep, death comes cheap
these men with broken hearts.

Humble you should be
when they come passing by
For it's written that the greatest men
are never to big to cry.
Some lose faith in love and life
when sorrow shoots her darts,
With all hope gone, they walk alone,
these men with broken hearts.

You never walked in that man's shoes
or seen things through his eyes,
or stood there with helpless hands
while the heart inside him dies.
Some are paupers, some are kings,
some are masters of the arts,
in all their shame, they're all the same,
these men with broken hearts.

Life (women) sometimes can be so cruel,
that a heart will pray for death.
God, why must these living dead
feel pain with every breath?
So help your brother along the road,
no matter where he starts.
For the God that made you, made them too,
These men with broken hearts.

"mama dreamt about you before you were born"... this is so beautiful... I wanted to arrive at a style of writing and I always find yours mystical... combining rock and religion... dreams and music together...

Love your style of writing Lisa. What a beautiful tribute to a father.

@alejandro guzman Thank you for your comment and most of all... thank you for being an AWESOME dad!!! ;)

@Melissa Awe, thank you ALWAYS!!! Your writing is very BEAUTIFUL and comes from your soul. Jesus, Music, and Dreams... is what LIFE and LOVE is all about!!! I like MYSTICAL too!!! hehe

@mikegprint Thank you for reading and posting a comment. I will be right over to check out your blog. ;)

@Rimly Thank you so much for the SWEET comment.

You have a wonderful writing style.. all yours and touches people.. I enjoy reading your thoughts and stories mixed with the music

@Jim Thank you so much for the BEAUTIFUL compliment. I hope my writing touches others. I truly appreciate you reading and commenting. ;)

What a great way to describe that story. The duet of Lisa singing with Elvis is sad but wonderful. I really enjoyed this story. Dreams do come true.

@Bonnie AMEN!!! Yes it is such a sad duet but at the same time,the most BEAUTIFUL one. Thank you for the sweet comment and yes, I agree... dreams do come true. ;)

You're amazing. I didn't read every letter of the poems as of yet because of Grace & Time right now. I Love The Spirit of what I'm receiving. Be blessed in Your mind as You already are eternally in Christ. It's great to have come across Your profile through My "followers". Much Love! Much Love.

Again a red-hared boy?;) Well, that was beautiful. The Savage Garden song is amazing - the Elvis & your namesake's song: so touching.

I liked the "You can play whatever you want sweetie, music always makes everything better" part. Music is the language we all understand and makes it feel like the world could really be full of love.

@Jehoseph Thank you for the BEAUTIFUL compliment. I pray that others will feel the Spirit through my writing, also. ;)

@jcmanuel Yes, it is the same boy! ;) I agree with you about music... it IS definitely what unites us all. Thank you for reading and commenting, it is always appreciated.

Oh, this is masterfully written, Lisa Marie, and perfect for Father's Day! Thank you for sharing with us all.
Blessings!

@Martha J. M. Orlando Thank you so much for the HUGE compliment! Have a BEAUTIFUL weekend! Blessings to you, also! ;)

Loved, loved, loved reading through this again, Lisa Marie. :) So touching and true...

I recently read somewhere that when God speaks, He uses the WORDS and LANGUAGE of music, rather than a specific "earthly" language, and this confirmed it in my spirit, not for the first time. While good and evil both use music, it is so grand that the mother in this is teaching her son something so wonderful, and speaking TRUTH into the situation. :)

@Harmony Courtney: AMEN! grazie tanto! Yes, I BELIEVE that music is the language of God. Worship draws you closer to Him, than anything else. Thank you for the SWEET and BEAUTIFUL compliment and comment. ;)

Always so welcome, dear friend! Your insights inspire me, as do your postings. It's always a pleasure to help give further insight even to the insight given in what you are saying. ;)

This is a nice and interesting story i came across as i was not familiar with it earlier.
Web Hosting India