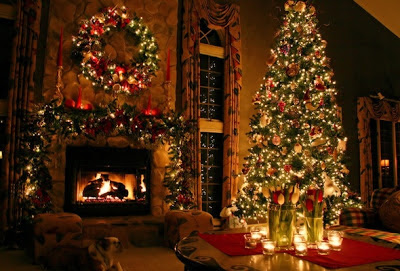 It was the Saturday night after Thanksgiving, a few years back.  I spent the day decorating and finished around 8:00pm that night.  I turned the fireplace on and turned some Christmas music on.  I then went into the kitchen to make some hot chocolate, when I was startled by a knock at my front door.

When I opened the door, I was surprised to see him standing there.  He didn't live in L.A. at the time and I had no idea that he was in town.  He has always been like a father figure to me.  Someone I honor, respect, and someone I could confide in.

He said, "I came to see your trees," in a vampire like voice.  I started to giggle and hugged him.  He grabbed the hot chocolate out of my hand and started drinking it.  He walked in, began looking around at my Christmas trees and jokingly said, "How many tweez does a butterflyz needz?  Survey says... F.I.V.E.Z."  We both started laughing.

I have always loved Christmas trees and I have several of them (probably more than five), throughout my place, with different themes.  I have a Cross and Angel wings tree, a Royalty King's tree, a TX Cowboy tree, an Elvis Rock N' Roll tree, a Butterfly and dove feathers tree, a Purple tree, and a Rosemary coffee tree in the kitchen (with Starbucks ornaments hanging on it), which smells amazing and you can cook with it, too.

I told him that I would make him something to eat and I headed into the kitchen.  Some time had passed, when he entered the kitchen and opened up the oven.  He started eating the potato fries (which were too hot and not quite done).  I told him that he was going to burn himself and to wait.  ;)

He said, "I need to stay for a few days, but don't tell anyone that I'm here!" He then walked back into the living room.  And I yelled, "I won't tell a soul."  But at the same time, I was thinking...  how am I supposed to hide a famous Rock Star for a few days???  haha

I finished cooking and went into the living room, with his food.  I could tell that he had been crying.  "There's such a sense of peace in your place, I can't explain it, but it's so unreal." he said.

I smiled and thanked him.  It was such a SWEET compliment, because I knew he could feel the presence of God.  For my home was my sanctuary.  I prayed, worshipped, anointed and thanked God daily, in my home.

After he finished eating, he began to tell me what was happening in his life and a few things about his girlfriend.  I had only met her once, but I had discerned that she wasn't good for him.  Although, I would never meddle in his relationship, nor would I ever tell him what to do.  I was just there to listen to him and pray for him.  And all I cared about was, that he was happy.

He also told me how hurt he was, over his friends and bandmates.  But most of all, he shared how much he loved his kids and that he felt like he was a terrible father.  I reassured him, that he IS a wonderful daddy and spending quality time with them was the most important thing.  He told me, that one of his daughters hadn't spoken to him for months and that he couldn't bare to spend the holiday's, without all of his children.

We talked for several hours and then I said, "Well, 'tis the season for miracles, so let's believe that Jesus will restore all of your broken relationships."  He half smiled at me, but I could tell that he really didn't believe it was possible.  He looked disheartened and exhausted.

I said, "Why don't you go to the guest room and lay down."  He agreed and started heading up the stairs.  I went to get him some fresh towels and placed them on the chair in the guest room. 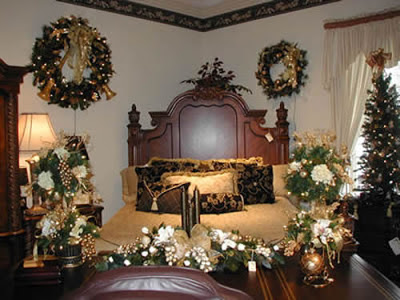 He laid down on the bed and he didn't look well, at all.  I was worried about him, so I asked him if I could get him anything else?  He said, "I'm in a lot of pain, will you come over here and pray for my back?"  I walked over and sat down on the edge of the bed.

I laughed and then I continued praying for his back.  He began to mumble something (that I didn't understand), and then he fell fast asleep.  I turned off the light, closed the door, and went into my bedroom.

I continued to pray for his back, his children, his girlfriend, and the boys in his band, before I went to sleep.  I asked God to restore all of his relationships and to heal his broken heart.  I also thanked God, for bringing him here.  Out of all the places he could go and all the people he knows, I was truly thankful that he felt like my place was a safe haven.

For three days, he never left the bedroom, never picked up his phone, never got online, or turned the TV on.  He spent most of the time reading books and sleeping.  I didn't bother him and I only went in there to feed him, or ask him if he needed anything?!

As he was leaving to head back home, he said, "I'm taking a piece of your tree with me, for good luck"... as he plucked one of the feathers off of my butterfly/dove tree, put it in his mouth and swallowed it.

"OMG!!!  Hahaha... You are CRAZY!" I said.  He took his scarf off and wrapped it around my neck.  Then he hugged me, kissed me on the forehead and said, "You're an angel, thank you!  This is the best 'Hotel Farfalla'... ever."  And he walked out the door. 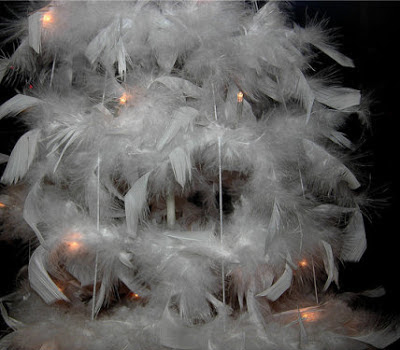 A week or so had passed by, when I received a message from his daughter (the one that wasn't speaking to him).  His kids found out that he had been in town, over Thanksgiving weekend.  They were upset that he didn't contact any of them or tell anyone.  I shared with her, what he was going through and reassured her how much her daddy loves her and all of his children.

After our conversation, she ended up contacting her father.  She made plans to visit him for Christmas (along with the rest of her siblings), and they all rang in the New Year together.  It was a true Christmas MIRACLE.

You SEE, we often think that those that seem to have it all, don't need anything or anyone at all.  But they just might be the ones that are hurting the most.

Sometimes all a friend really needs is...

Someone to PRAY for them and to BELIEVE in them.

A place they can go to be fed and a place to REST their head. 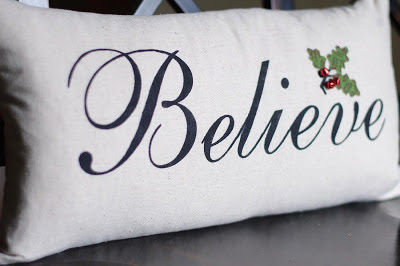 BELIEVE... for it IS the season of MIRACLES.