What just bit me? Part Three 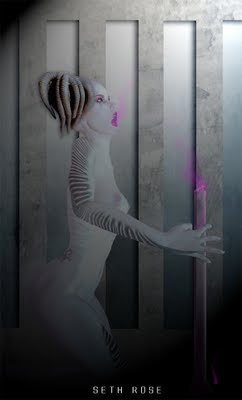 It was late one night and I had just returned home, after being in a motel. It would be the first time that I had slept in my own bed, in months.  As I layed in bed, my mind was racing.  I couldn't believe that I had survived all that had happened in the past 10 months.  I couldn't fall asleep, so I finally went out onto the couch and read for awhile.  I soon dozed off...

As I was asleep on the couch, I sensed someone standing over me.  I could feel his shadow and I could hear his breath.  My dogs began growling, I freaked out and opened my eyes.  At first I thought he was wearing a mask. I wanted to scream but I couldn't speak and I couldn't move.  My body felt as if it were completely paralyzed.  I was scared to death.

With the deepest voice that I have ever heard come out of anyone, he said, "You are not going to disrespect me through your music."  It was then that I realized, exactly WHO was in my face.

I knew that if I could just say JESUS he would have to leave but I couldn't speak.  All I could do at that point was think His name... "Jesus, Jesus, J-E-S-U-S."  As soon as I thought his name the third time, I could feel this evil presence slowly disappear.  My heart was pounding so hard and I felt like I couldn't breathe.  There was this thick odor in the room, almost like a dark eerie fog.  I jumped up and turned the lights on.

I had never been confronted with something so scary, in my entire life.  I wish I could find a picture to show you what I saw but all of the pictures of Satan don't even come close.  Even Freddy Kreuger looks like a nice cartoon character, compared to this dark (half human - half alligator), beast that appeared in front of my face.

I began to pray (or complain), and for the first time, I started feeling sorry for myself...

"What's going on... Why is he attacking me so much... He's already stolen everything I have... My dad almost died... I lost my venue and promotions business and all of the contracts with the bands... My bank account was wiped out... my identity was stolen... my friends stabbed me in the back and stole from me... I had to get rid of everything (including all my clothes), because of the mold in my home, I've been ill for months and I'm too weak to fight...

What is he talking about anyway... What music???" 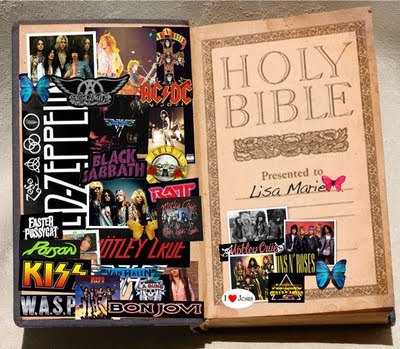 I heard the sound of Angel's wings.

Like I had said in What just bit me? Part Two... many of the struggling musicians during that time, ate, stayed, played and lived in our home.  My parents never turned anyone away and they were always willing to help those in need.

The music during that time was Heaven and Hell.  The bands were BOLD and they had no problem singing about Heaven, Hell, The devil or God.  The churches were just as bold and they were out on the street corners preaching the gospel.

Throughout the 80's the music dominated the streets of LA and Hollywood felt ALIVE.  The musicians were on FIRE and they had so much PASSION.  It was do or die and you could hear, see, and feel the energy.  It was the oxygen that we needed to breathe and our hearts were pulsating through the music.

Throughout that time, my Bible was my most prized possession.  I never went anywhere without it.  It was just like a cell phone is for us today. Although, my Bible was covered with band flyers, stickers and pictures of musicians.  haha  I would take it to church with me, lay hands on it and pray for all of the bands.

I would also write a 'Hit List' a.k.a. 'Prayer list', with the musicians names on pieces of paper or napkins (I still do this... hehe), and pray over them.  The musicians would joke around and laugh about it but often times they would call me when they needed prayer.  ;)

Some people from church would freak out when they would see my Bible and I would always get the same reaction... "How dare you blasphemy God and His Holy Book."  I would always respond by saying, "The Rock Stars of today, will be the Preachers of tomorrow... Watch and See."

They all thought I was crazy!

So what exactly happened after the 80's?  I believe, what took place soon after was a flat out ASSAULT on God and Rock 'n' Roll music.  Something that had never happened before.  God was removed from our schools and the bands were labeled as glam/hair bands.  And the media told us that no one wanted to hear from either one of them.

What's been happening for years as a result of that, is that our kids are walking onto a battlefield blind-sided.  They have no idea who their opponent, Lucifer a.k.a. 'The Devil, Satan, or The Snake,' is.

Today, no one wants to talk about Jesus because they fear what people will think.  On the flip side, many of the churches nowadays won't even mention Satan or hell, for fear of losing members.  Which ultimately leaves the youth of today, weaponless.  They have never been taught or given any skills, on how to fight the enemy.  They are wandering around feeling hopeless and defeated.

On another note, the music has lost its creativity.  We were all created to WORSHIP and music is the KEY that takes us to that place of REVERENCE.  It brings us into the presence of God, it HEALS us and it ultimately unites us. Lucifer knows how POWERFUL music is, he was the Worship leader in Heaven.

I started to think about it...

But, I still couldn't figure out what any of this had to do with me, so I continued to ask God questions...

"Why has the attack from 'Lucifer and his Posse' been so severe in the past few years... How could I be disrespecting him through music... I'm not famous... I'm not the creator of the music... 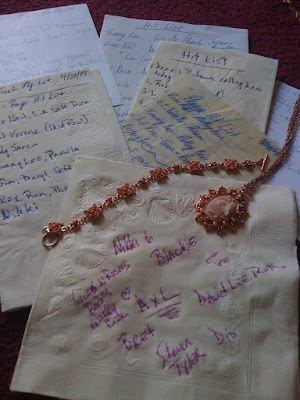 Music was created by GOD... for GOD.  Lucifer is NOT the Creator but he has always taken the credit for Rock music.  For years, Rock 'n' Roll has been referred to as, 'The Devil's Music', right?

The only way that I would be disrespecting him, is by EXPOSING him and GLORIFYING the ORIGINAL Creator.  Lucifer is just a CHEAP imitation and he can only copy, pervert or try to STOP what is already being created.

You SEE... everything happens in the SPIRITUAL realm or in Heaven first, before it TRANSPIRES into the natural realm or here on Earth.  Satan CANNOT hear or see into the spiritual realm, therefore he has NO IDEA what is going on or what God is up to.  He can only try to STOP it from happening.
He also knows that everything, from the beginning of time is SPOKEN into existence.  For example, God said, "Let there be light... and (then), there was light."  Even the birth, death and resurrection of Jesus was prophesied through a prophet FIRST, before it happened.

This is why Satan has always attacked those that are SEEING in the Spirit and REVEALING what God is up to.  His goal is to SILENCE them and try to stop God's plan.  He knows that once people HEAR it, they begin to SEE it and when they SEE it, they will BELIEVE it.  "Faith comes by hearing, right?"

So, how am I disrespecting him through music?  What music is he trying so hard to STOP the world from hearing?

'WHO' is Satan so afraid of and threatened by that it would cause him to confront me... FACE to FACE?

I truly believe that it IS 'who' and what I've been SEEING, HEARING and SAYING over and over, for the past several years.

There's an Anthem in the Sky with a Choir of Angels. 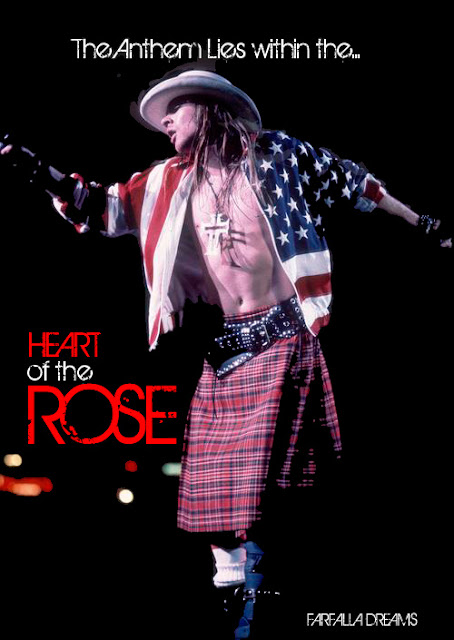 It will make a mark on the planet
and like a strong wind
it will change time.

What just bit me? Part Two


Posted by Farfalla Dreams ~ Lisa Marie Farfalla at 7:17 AM 17 comments: 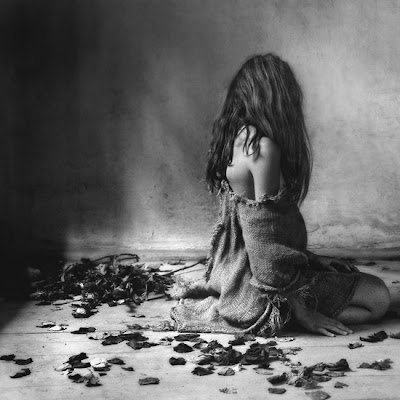 "Do not stir up nor awaken love...

Was I placed in your world to be mocked?
Is love spit upon and disgraced?
What do you see,
when you look at me?
Anger, guilt, hate, or shame?
Trapped in your own selfishness,
chained to your own sin.
Causing pain while accusing me.
Does it change who you are?
Did you accomplish your goal?
Destroying a heart.
Placed under your feet.
Trampled upon.
Spirits waring against one another.
A heart freely given.
A gift of love, compassion,
mercy, and grace.
In exchange
Used
Cursed
Broken
and Crucified.

Listen...
A faint heartbeat
It's still here
somewhere
amongst the pieces
a lowly
trinket. 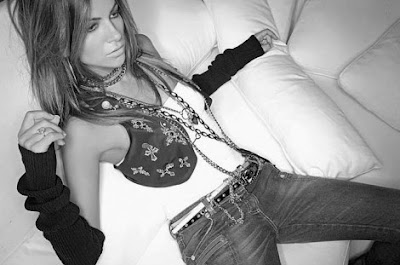 Rod Stewart ~ I don't want to talk about it