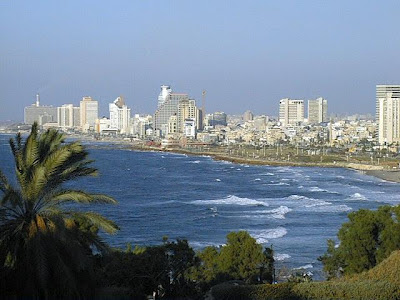 The taste of Tel Aviv
Must be what 'Manna from Heaven,' tastes like
From the fresh bread and produce,
To the scent of the spices along the busy streets 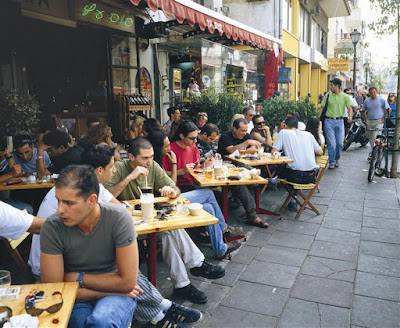 I then went to the market place looking for a prayer Shawl
There is so much significance and sacredness
From the cloth, to the tassels,
Handmade in its artistic beauty

As I was shopping, I noticed the amazing jewelry
A few seconds later, a woman approached me...
She began sharing a story about the necklaces
Which were in the Hebrew alphabet

She said, "The couples wear the initial of their spouse
around their neck, close to their heart,
Never to depart.  Like we would wear a ring."
I picked up one of the necklaces, that resembled the letter 'X' in English 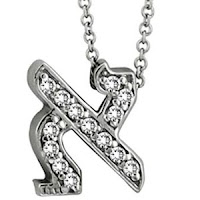 Then I asked her, if they wore the initial of the first or last name?
She said, "The first name... you're holding the letter 'A' in your hand."
I turned around to ask her a few more questions
but she had vanished before my eyes

I continued shopping, as the words of King Solomon recited in my mind
"Bind them continually around your heart, tie them around your neck."
I then came across an ancient looking treasure chest
With an inscription written on the outside 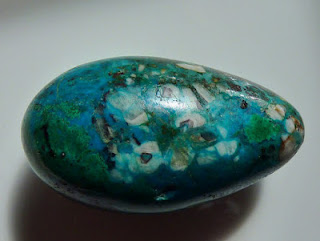 As I held it in my hand, I could feel the temperature in my body change
It is said to be a HEALING stone for your broken heart
It heals all the pain, hurt, stress, fear, and loss you feel
It harmonizes your heart, mind, body and also promotes creativity

I felt a sense of peace inside, as I held onto this stone
It was then that a man walked up to me
And handed me a note that read...
"This is what the inscription says, on the outside of the treasure chest"... 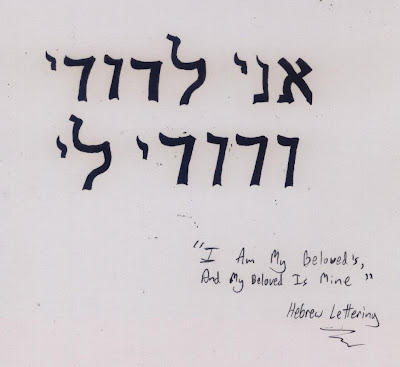 I smiled and thanked him for the note
It was the famous words of King Solomon
Taken from the most beautiful love song ever written
'The Song of Songs.'

I could feel the presence of The King of Kings
All around and inside of me
I was in Awe and then my awe turned to shock
As I thought to myself, "How is this happening?"

His music, his eyes and his voice
Captured the voices of the Prophets of old
As the band paused for a moment,
He spoke these beautiful words...


"In your dreams
you can travel to distant places,
your spirit is there.
Music is the Essence, The Roots,
Ancient Voices, Mystery, Holiness.
There are no better songs or moving songs,
than The Psalms or The Song of Songs"

He then proceeded to play the song he wrote 'Mimaamakim,'
based on the words of King David in Psalm 130.

As I bowed my head and began to pray...

"Thank you Lord for Israeli
I Praise and Honor thee
I hope to one day be able to visit
The Holy Land and Tel Aviv
But I am so thankful,
My Spirit was sent
if only for one night...
in my dream."

It is a gift from Heaven above
A MIRACLE taking place through music
The sound of LOVE, Devotion and Unity
It shall bring... 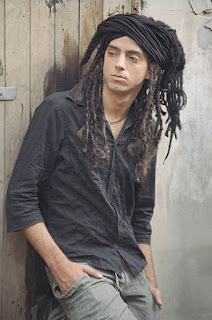 Oh what a beautiful poem Lisa. Your spirit took you to a place you have not yet gone in your physical body. What a unique experience.

I love the photos and poem. Very very nice!
Http://lovelypinkdiva.com

Grazi for sharing such a beautiful poem. Good to see the words to the vision earlier shared with me. God be with and bless... this is just lovely.

Lisa, you have absolutely floored me with your vivid imagery and spiritual connections in this poem/reflection. You awakened my soul and my senses.
And, I have a special connection to "My beloved is mine, and I am his" - brought tears to my eyes . . .
Bless you, my dear, bless you!

A transporting post carrying me to the far away shores of beautiful Tel Aviv.
The music was lovely too.

I have just been talking to my colleague about a dream pilgrimage to Holy Land. Oh How I wish!

You know I have that inscription in my diary but in Arabic.

I love the dream. Everything you had there was symbolic and meaningful. Even the poem drills something deep within me. The initials X and A gave me the shivers.

I love your dreamy poetry. :) Great song too! Thanks for sharing.

@Rimly Yes, it IS. I often say, "I've traveled the world in my dreams." haha Hopefully someday I'll be able to experience it in REAL time! ;)

@Deanna Bauer Thank you so much, for reading and commenting!

@Harmony Courtney Thank you for the beautiful compliment! God bless you too! ;)

@Martha J. M. Orlando Awe, thank you so much for the SWEET compliment. I'm glad that you have a special connection to "My Beloved..."! ;)

@Melissa WOW! YES, it IS very SYMBOLIC and meaningful. It gave me shivers too... something DEEP!!! ;) I'm not sure if they actually wear the initial of their spouse around their neck or not??? I tried to look online, but I didn't find anything?! I just LOVE that, though. It IS beautiful. As for the Eilat stone, I've seen a lot of the Israeli jewelry with the stone in it, it's STUNNING! I love that you have "My Beloved..." inscribed on your diary in Arabic! ;)

@Rachel Hoyt Awe, "my dreamy poetry"... I love it!!! haha Thank you so much for the comment. YES, his music is absolutely BEAUTIFUL!!!

My dear Lisa,
You write with such deep emotions. Very well done. The photos are also beautiful. Many thanks for sharing a piece of your heart and dreams with us.

@Andy David Thank you for your KIND words. I appreciate you reading and commenting, also!

@jaice john j Thank you so much for the compliment! ;)

@Jerly Thank you so much!

Thanks for sharing your beautiful poetry! You really should visit Tel Aviv - I'm sure it won't dissapoint!

Greetings from the city of your dreams :)

@Olga Levina Awe, I love that! Thank you so much! Greetings to you, too! I would LOVE to visit your BEAUTIFUL city!!! Hopefully, someday I will. ;)

Wonderful. The song too, and its words. Reminds me of how much those peoples in the Middle-East have to share - if they just would choose love in stead of fear and mistrust.

@Adir WOW! Thank you for reading and commenting! I really appreciate it! I want to learn how to write in Hebrew someday. It IS beautiful.

Loved your post. Tel Aviv is a city so want to visit. Your post took me there for a while. thanks for visiting my blog.

@Suzy: Thank you so much!!! YES, me too! Hopefully someday we will have the opportunity to visit. ;)