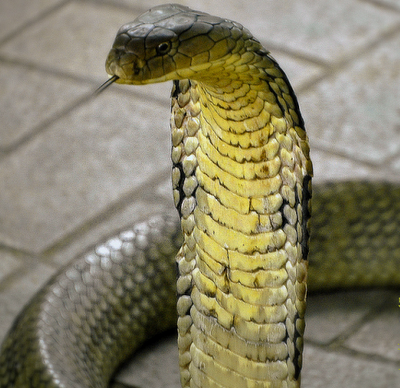 Have you ever lost something that was of so much value to you that you searched and searched, until you found it?

Have you ever wanted something so bad that you would do anything to get it?

People will often quote the saying, "Be careful what you wish for."

Well, in my case this is somewhat how I felt.  It was a few years ago that I had asked God to allow me to SEE deeper into the Spiritual Realm.  I wanted to know what was being concealed.

What I began to see was amazing but at the same time there are things that I saw, that were quite frightening.

My dilemma was, I really didn't have a clue what I was supposed to do with all that I was seeing?!

Anyway, this past year and a half everything in my life seemed to be going wrong.  Those that were closest to me that I had supported and helped for years, were all gone.  All that I knew... my business, my money and my friends, all disappeared.

I thought to myself, "I have been here before... I have lost everything in the past and God restored all of it."  I can do this again, I can get through this.

It was then that I realized... It's not the bite of the snake, but it's the poison from the venom that will eventually kill you.

Soon after, my health began to fail me.  I have always been healthy and rarely ever caught a cold.  The Doctors couldn't figure out why I was sick.  I started to think that maybe all of the years I used to smoke, had finally caught up with me.  I prayed for my health, for my finances and for my friends.  But I became so weak that I could hardly function.

I had never been in this place before.

What was happening to me???

I could hear his voice but I couldn't open my eyes or respond. "Lisa, sweetheart are you ok?  Farfalla, wake up, wake up... can you hear me?  get her some water!"

Slowly I started to open my eyes and all I could see was a blurred vision of his boots in front of me.  He bent down, kissed me on the forehead and said, "you need to get out of here."

A few weeks later I was in the Motel and I started to feel a little better.  That is when I began to think about that night.  I started to wonder why I had only responded when he had called me 'Tahnee.'  No one had called me that in years.  I asked God to give me wisdom and revelation... 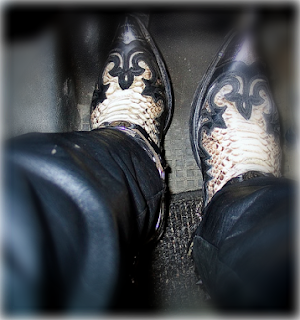 
HELLS BELLS, I finally figured it out... "Nobody's puttin' up a fight." ~AC/DC
*Hells Bells Lyrics

WOW!  I can't believe it took me almost THREE years to figure this out.

There is no VICTORY without a FIGHT!

I can't conquer what I won't confront!

I need to face it, in order to defeat it!

FEAR was the one thing that had me frozen in my tracks.

I had to OVERCOME the fear and start FIGHTING back.  I'm not talking about revenge, I'm talking about fighting back with the tools I was given.

I had to fight with everything I knew, in order to survive.  Because all I had is what I BELIEVED in.

I had to put my FAITH into action.

Either this is REAL and I believe it... or I lay here on the ground and BLEED.

You SEE... I figured out that not only am I MARKED by Heaven but I am also MARKED by Hell.

"The closer you get to the meaning, the sooner you'll know that you're dreaming." ~Black Sabbath *Heaven and Hell Lyrics

So, what does the Big Bad Snake want with me anyway?

What exactly are Lucifer and I fighting over? 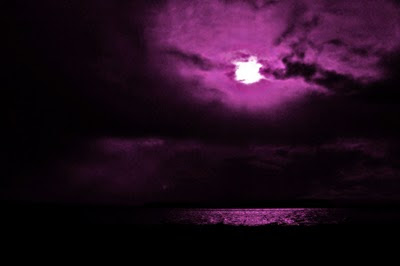 “A Dreamer is one who can only find his way by moonlight,
and his Punishment is that he Sees the dawn
before the rest of the world.”  ~Oscar Wilde

That is a very touching and heart rending testimony. My first visit here and this touched me, likely because I've had similar experiences. I love your take on it not being the bite, but the venom.
That's you in the picture I guess. You are blessed with beauty. God has granted you that gift and you are shining that light. Wonderful. Keep going and be forever blessed.

Marty, Thank you for your kind words and sweet compliment. I'm glad this touched you and you could relate.

Thank you also for taking the time to read it and post a comment! I truly appreciate it!

You are quite something. I usully sort of feel like "okay, here we go - this is more emotional or irrational than usual" (lol - I always think it's getting worse). But then, I recognize what you are saying and... touché.

Rationally speaking, I never thought of AC/DC's music as great stuff. But then, they are people with both feet on the ground - that's the thing 'believers' are so often not. So I have to bow my head and remember all the times I've been stuck with my head in a rabbit's hole (or maybe a snake's hole quite often). You make something of it that has a lot of meaning.

I remember we talked about some of the Black Sabbath songs. Was it on Myspace? Anyway, yes, Ozzy too, ultimately show us, not simply his 'bad manners', but rather: how the world is. And I agree: unless we can see this dark side, and understand, we cannot really choose do we? To reject what you don't understand is not the same thing as to withstand what you have come to terms with.

I'm not sure about the holy smoke, but I'm sure there is a lot of smoke around and sometimes we feel the fire under our skin. It's burning and it hurts. "There is no victory without a fight" - right. Or, as Pillar is singing: "I'm not going down without a fight"
http://www.youtube.com/watch?v=WEpMQldbPJM

And sometimes, we just seem to go down while we're fighting. It's worth it nevertheless. Golddigger has an album "If Destroyed Still True". I guess that's the point where we know what faith is?

Yes, we talked about this YEARS ago on Myspace, when Heaven and Hell was the THEME SONG in my dream!

I agree with what you said. In Part Two or maybe it will be Part Three? (haha) I will talk about not understanding the Snake and why we are being defeated because of it.

Thank you as ALWAYS... For your "BEAUTIFUL MIND."

Killer snake boots, great read. What strikes me about your writing, is not only the quality and how you grasp hold of my mind, but I like how you show Axl to the world. so many people think he's an asshole and you make him out to be the coolest guy.
Until next time, keep it coming.
TommyB

@TommyB Thank you for the sweet compliment. I'm happy I grasp your mind!!! hehe

I appreciate your kind words. I'm glad you can see that through my writing. The world sees him as common, when God has called him BLESSED! But that will change! ;)

Thanks for taking the time to read and comment.

Maybe I'm coming closer to what is being revealed here.

You are gifted and your dreams are so rich in meaning!

Will be reading the other part... I'm going backwards...

@melissa: Awe, backwards is fine too!!! haha Thank you so much! I appreciate you re-reading and thank you SO much for sharing my blog, also!