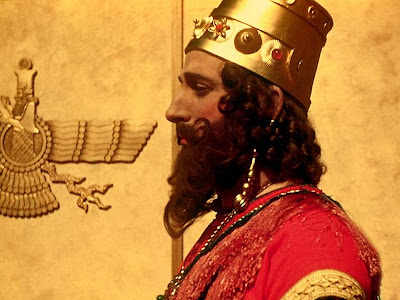 "Truly your God is the God of gods, the Lord of kings, a revealer of secrets"
The King had a dream and his spirit was troubled.  Not only did this dream disturb him, but he searched out someone to give him the revelation of his dream.  He called upon all the magicians, astrologers, the sorcerers, and the Chaldeans to interpret his dream.
The servants asked the King to tell them the dream and they would give him the interpretation.  The King's request was intense!  He not only wanted an interpretation of his dream, but he also wanted them to reveal exactly what he dreamt.  The Chaldeans spoke up and told the King, that there wasn't a man on earth that would be able to tell him what he dreamt, because it is only known to the gods.
This made the King furious and he sent out a Decree to destroy all the wise men of Babylon.  WOW!!!  That is severe punishment.
Daniel heard about the King's decree and he asked the King to give him time to ask God for the revelation of his dream.  He then asked his three friends to pray with him.  God answered Daniel's prayer and revealed the secret of the dream and its interpretation.  Daniel then went to the King and told him what he dreamt and the interpretation of his dream.
King Nebuchadnezzar was so impressed with Daniel's ability to reveal the dream and its interpretation, that he promoted Daniel and gave him many great gifts.  He also made him ruler over the province of Babylon and chief administrator over all the wise men of Babylon.
You SEE... the Kings throughout the Bible always had a DREAMER that was close to them, in their Kingdom.  The Dreamer was often given the highest position in the Palace.
Whether the Kings believed in God or not... they BELIEVED in their DREAMS! 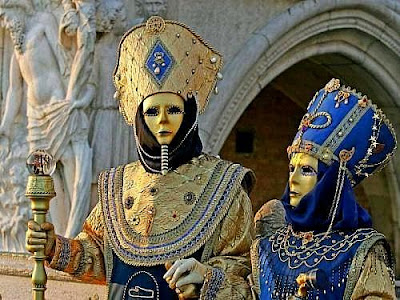 "Are you able to make known to me, the dream which I have seen?"
Today, people often think their dreams are meaningless.  As I stated in my previous blog "When Dreams Collide," I think we have forgotten how important our dreams really are?!  Throughout the Bible, God revealed Himself through dreams.  He didn't only give dreams to the believers, but He also gave dreams to those that didn't believe in Him.
I always joke around and say... "Maybe we are so busy throughout our day to HEAR God, that when we're asleep, it's the only time we are quiet enough for Him to speak to us?"  haha
I thank God for the gift of dreams and I have asked Him for years to give me revelation and also the interpretation of dreams.  When people call me or email me and ask me what their dream means, I will often think about King Nebuchadnezzar's Decree.  I always pray and seek God's wisdom first, before I respond to anyone and I am very respectful of their privacy.  Thank God I won't be killed, if I don't know what their dream means!  hehe
I pretty much know what the Biblical symbolism of numbers, colors, animals, and/or people, signify in dreams and what they represent.  But what happens if I have "NO CLUE" who the person is or what their dream means???  This is how I felt when I came across this dream...
I had never met Bill MacKechnie before, nor had I ever heard his music.  I prayed and asked God for revelation of his dream and then I asked Bill's permission to post it.
Bill's Dream...
"In the dream I was standing in the middle of a long avenue (this was in relatively recent times since I recall the other people had clothes circa the turn of the century)--for some reason I seem to pin it down to just before WW1.  As I looked down the avenue, I could see an army marching towards me.  I turned to run and crashed into a huge obelisk.  Picking myself up off the ground, I pushed the damn thing over. Everyone stopped running and came to look at what I'd done.  Someone yelled, "THAT'S done it!"  Then I was alone with the wreckage.  The only piece of it large enough to read (it was covered with writing in English) were the words "Anubis Spire". Mystical revelation?  Past-life incarnation leak?   Jungian archetype overload (I don't even want to THINK what Freud would say...), message from the gods or just a weird dream?  You decide."
My interpretation of Bill's Dream...
The DREAM isn't your PAST, but it's your FUTURE!!!
Take a deep breath before reading this and digest it slowly... ;)
The Avenue represents a way of opening or approaching.

I should have paid closer attention to History, but WW1 is considered the TRIANGLE, TRIPLE or TREATY Alliance. (but I think you should definitely look into this).

The Army represents Warfare, but it could also represent PROTECTION. The people were MARCHING towards you, because of something that was DRAWING them towards you... YOUR SOUND!

You turning and running represents you trying to run from it.

You crashing into the stone and falling represents you trying over and over, but it is also the BARRIER that has stood in your way. You fall down, but you get back up and try again and then you BREAKTHROUGH.

The only way you can breakthrough, is to FACE it and PUSH through. You finally PUSH through, and someone yells, "That's done it!"

It's not by your STRENGTH but by your MUSIC breaking through the barrier... "THAT'S DONE IT"

The NAME that appeared on the rock...

"ANUBIS SPIRE" is like two sides to a coin, the HEAD vs TAIL, GOOD vs EVIL, HEAVEN vs HELL.

There are NOT many gods... but there is ONE God.  Just as the walls collapsed in WW1 in 1917, there were FOUR that became TWO.

Anubis = DEATH, Spire = LIFE... there is NOTHING in between, but many people have been deceived.

The wreckage represents the COLLAPSE of Confusion!!!
I think you are about to EMBARK on a "WORLD FUSION!" ;)
♥♰♥

Bill's response to my interpretation...

Wow! Lisa, that's the best dream interpretation I've ever read! I really think you're onto something there... Thank you! 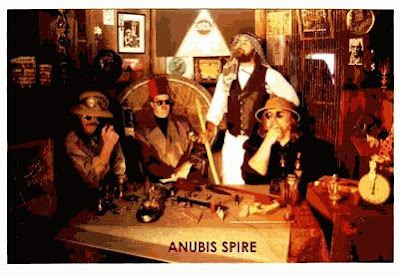 "if you believe that all you see around you
is nothing but illusion
is there any reason to this all?"
Anubis Spire ~ Walking the Wire

After I had this revelation, I was intrigued to hear Bill's music and his band Anubis Spire.  As I listened... I heard a soothing melodic rock sound, a theatrical sound, amazing lyrics, and something different?!  I could HEAR the sounds of the Middle East or something that you might have heard in the Babylonian Palace.  ;)
Anubis Spire on SoundClick
Thank you Bill MacKechnie for allowing me to share this. I love that you BELIEVE in your dreams and I love your music!!! Much love and success to you and Anubis Spire.

"Now I, Nebuchadnezzar,
praise and extol and honor the King of Heaven
all of whose works are truth, and his ways justice."
Posted by Farfalla Dreams ~ Lisa Marie Farfalla at 11:17 AM

Great post. I definitely think dreams can tell us a lot...We oftentimes underestimate their value.

Wow, this is a great story and I like how much you got out of his dream. I do think dreams are very important and we should pay more attention to them. I love the song by Sting and I will have to take a listen to Anubis-Spire.

P.S. What does it mean when your teeth fall out in a dream?

This is a greaat post, very interesting. My dreams are more nightmares and really need little interpretation most of the time. I also have premonition dreams. I dreamed the sex of each of my children accurately, and many other things over my life. It can be very unsettling.

Great interpretation! You have a great gift. Some dreams don't make sense and this helps me to ask God what it all means. I respect that you are so open about your faith. You are a blessing to many of us. Thanks for sharing your blog. God Bless, Mandi

Wonderful post...you have reinforced my belief in dreams.

@Jessica M. Yes, I agree. Most people treat their dreams like they are junk mail and just delete them. To me they are like SECRET love letters from Heaven! ;) Thank you for reading and commenting!

@Sara Hi Sara, Dreams about teeth are pretty common. I know it's a weird feeling to have them falling out in a dream, as I've had these dreams as well. TEETH always represent WISDOM. So, it may be a sign to get wisdom in an area that you are about to bite into. I hope this helps! Thank you for reading and commenting!

@Jan WOW! I know that somethings are unsettling to see or know. As I said in my blog SCARRED... "At times, I feel like it's a beautiful gift and at other times if feels more like a curse." But, I believe the GOOD out ways the bad and I'm SO thankful for the gift. Often times nightmares are just our fears. Call upon the love of Jesus who casts out all fear. Thank you so much for the comment!

@Mandi Thank you so much for the SWEET compliment. I truly appreciate it! I am so thankful that this has helped you, to call upon God for answers to your dreams! You'll be AMAZED! ;)

@janaki nagaraj WOW! Thank you for the HUGE compliment! I love it!!!

There are two 'ringing' things in your post that reminds me of the Bible ~ first, dreams and second, songs...

You have an extraordinary gift...it's not easy to decipher dreams for they are mysteries. I do believe it's God's voice. I loved what you said about not being attentive to God in our waking moments... oh how true! And how wonderful God is for being creative :)

Although I love Joseph (the dreamer), I love King David of them all :D

Thank you Lisa Marie, yes its such a crazy dream when your teeth fall out. This did help me alot and does makes sense to me. I was reading some of your other blogs and they are so good. What a beautiful gift and heart you have!

Hello.
Fascinating post.
Thanks for sharing. I appreciated the visit too.

@Melissa Thank you SO much!!! Yes, dreams are MYSTERIES... but God IS the Revealer of them! ;) He IS very creative indeed, as only a CREATOR can be! hehe Yes, Joseph the DREAMER! I love Joseph's story too... as he had the dreams when he was SEVENTEEN! He went from the PIT to the PALACE and was the most POWERFUL man in Egypt, next to PHARAOH!!!

@Sara I'm glad it helped and thank you for the SWEET compliment!

@Andy Thanks for reading and commenting and you're welcome! ;)

@Anonymous Thank you! It is much appreciated!