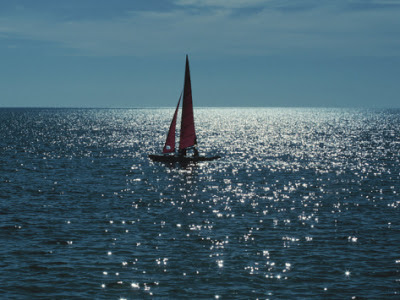 Trying to find his way back to you

In an ocean so big

He has no idea what it's worth 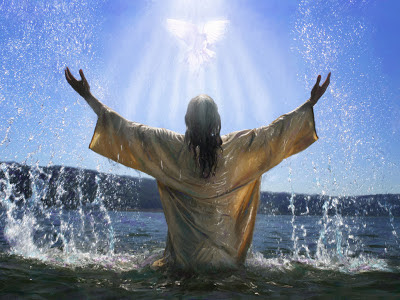 I was having a conversation with a friend of mine a few months ago about a movie that was coming out about his life.  He was telling me how surreal it was to watch someone relive his life on film.  "It's so raw and real," he was saying as I stopped him mid-sentence and said, "How real could it be if your child is eliminated from the film?"  Stunned for a moment he responded, "This movie is about my musical career."

I tried to keep quiet but I just couldn't.  He's such a good father and has always been there for his child but he doesn't want to upset his new wife.  I don't understand how women marry men knowing that they have children from previous relationships, but then they can't handle the reality of it?

I went to the refrigerator and grabbed us a bottle of water and then I went back to the table and sat down next to him and said, "Listen to me, your child is the greatest gift God has given you and is every part of your music. I know your wife is insecure and jealous but your child and ex are a part of your life and were here long before her. Don't you think they might feel rejected by being eliminated from your film?  Are the other band members ex's and children in the movie?

He put his head down and covered his face with his hands as I continued. "You've struggled with rejection and abandonment issues your whole life because you didn't know your father.  How do you think your child will feel being eliminated from this movie?" 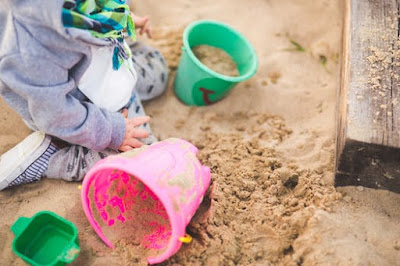 Today is the day we honor father's but I can't help but think of all the children that grew up without a father.  I know several children and adults that grew up never knowing their father or they were kept away from their father when they were young.  It breaks my heart more than anything that they were robbed of having and knowing the love of a father.  I can tell you, it has affected every aspect of their life and how they relate to love.  It is a constant heartache that never goes away.

This happens a lot when parents split up and the mother tries to control visitation and/or uses her children as bait to get what she wants from their father.  But this also happens when the man meets a new woman and the woman tries to keep the kids from their father.

We've all heard the painful and horrifying stories of stepmothers keeping children away from their fathers.  Like Yoko Ono keeping Julian Lennon away from his dad at a young age and even in his death she wouldn't allow him to have anything that belonged to his father.  Julian had to go to public auctions after his father's death just to buy something that his dad owned, so he had something to remember him by.  Yoko might have been the cause of splitting up The Beatles but I believe her biggest crime was stealing a father from his son.  And then there's Robert Williams' children who weren't allowed in their father's home after he married his third wife and his kids had to take her to court for their dad's belongings that were willed to them, after his passing. And the heartbreaking story about Kerri Kasem and her siblings being kept from seeing their dad (by their stepmom), as he was dying and his kids had to get a court order just to see him before he passed.  There are millions of children living this very nightmare, today.  If I could say anything to the women and men out there, I would say...

Please don't use your children as pawns, please don't talk poorly of their father, for you are only destroying your child's character.  Don't stop your children from having a relationship with their dad and don't use your kids for financial gain.  And to the women who get involved with a man that has kids (from a previous relationship), if you can't handle the fact that he has children, please don't even date him.  Those children were there before you. It is hard enough that they have to struggle with their parents being separated and the fear and pain that goes along with all of that. The last thing they need is someone else trying to stop them from spending even less time with their father.  Please don't allow your own insecurities or jealousies destroy these innocent children.  Stop treating these kids like their feelings and lives are meaningless and it's all about you and your own selfishness and greed.

We are living in a fatherless generation and our children are suffering the consequences.  We are creating hopeless and loveless children.

We are destroying their heart, their soul and their dream.

Today may we encourage our children to have a relationship with their Father in heaven and their father on earth.

May we clothe all Father's in Honor and Majesty.