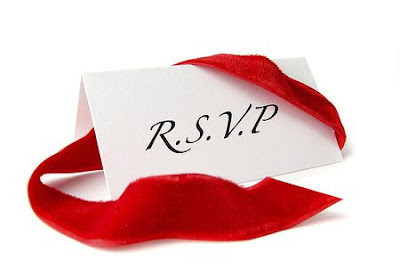 It was late Saturday evening when my phone rang...

I need you to come here tonight.

Tonight?  It's almost 11:00 and I have church in the morning.  Is everything ok?

You need to come tonight!

I sensed a tone of desperation in his voice.

Alright, let me get dressed and I'll be right there.

I got out of bed, got dressed, threw my hair up in a ponytail, grabbed my purse and headed out the door.

I arrived to his house an hour later.  When I got there, I entered the code and went inside.  His place was dark and quiet.  I walked to his bedroom and lightly tapped on the door.  There was silence... I tapped again and cracked the door open.  I could see the reflection from the TV and I called out his name.  There was no answer so I walked in and found him laying in bed with his headphones on, watching TV.  He saw me, smiled and then removed his headphones.

I sat on the side of his bed and hugged him.  His scent was heavenly.  I whispered in his ear.  "I miss you."  He squeezed me tighter and let out a sigh as tears rolled down my face.

I haven't been able to sleep since I got back and whenever I do fall asleep I have gruesome nightmares. There's an evil spirit in here, I can feel it.  I need you to help me get rid of it.

Whose been in here?  I asked

It doesn't matter just get rid of it.

I grabbed my purse and took out my anointing oil.  He got up and went to the bathroom to shower.  He doesn't like to hear me pray in the spirit and cast out demons.  It sounds crazy I know... but it works.

After I anointed his room and prayed he came back and laid on the bed.  I took my anointing oil and anointed his head and prayed over him.  He closed his eyes and said, "If you stay with me this night, then I'll go to church with you in the morning."

I thought he was joking at first until I saw the look in his eyes.  I can't recall how many times I've invited him to church in the past 30 years and he's never accepted the invitation.  Once I realized he was serious I didn't hesitate.  I went and grabbed a T-shirt out of his closet and crawled in bed.  We watched TV for a bit and then he fell fast asleep.

I turned the TV off but I couldn't fall asleep.  I was thinking about Church the following day.  I prayed that the Holy Spirit would speak through my Pastor and the word would penetrate x's heart.  I prayed that the music would be anointed.  I prayed the people would be friendly.  I was so nervous about what would happen or if he'd even actually get up in the morning and go?

"I could stay lost in this moment forever" ~Aerosmith

The following morning I got up and got in the shower.  By the time I got out, to my surprise he was awake.

I drove us to church that morning.  The drive was pretty quiet and I prayed in my head the entire time.  When we arrived at church we went into my Pastor's office.  My Pastor had a huge smile on his face as he walked up to x, shook his hand and hugged him.  "I'm totally stoked you're here this mornin', my Pastor said to him.  They chatted for a bit and then we walked into the Sanctuary. The lights were dim as they usually are before worship. 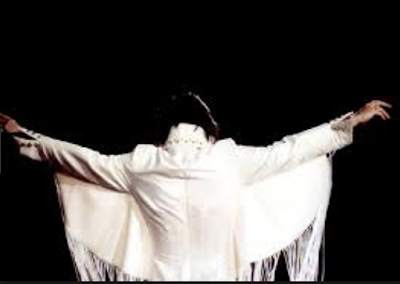 "With My holy oil, I have anointed him." ~God


The music began and we stood up.  Halfway through the worship song 'Holy Spirit' (through my peripheral view), I saw someone's hand on x's shoulder.  I looked behind him to see who it was and to my surprise it was x's Guardian angel.

He was wearing what appeared to be an all white jumpsuit and he had gold sunglasses on.  He lifted his sunglasses, smiled and winked at me.  He then lifted both of his hands in worship and was overshadowing x with his wings.  I looked back at x in shock and noticed his eyes were welled up with tears.  I put my arm around him and looked behind him once more, but his angel was gone.

After the service was over I noticed a few fans congregating to get pictures and autographs, so I decided to go through the back of the church to exit.  I usually wouldn't mind but we were there to worship God and I felt that this wasn't the place for pictures and autographs.  As we were exiting out the back, I heard my Pastor call my name so we turned around and stopped.

He said to x, "I have a word from the Lord to give to you, from one Prophet to another," he said.  He then proceeded to prophesy a powerful word over him. It's been years since anyone had prophesied over him and I could tell by the look on x's face that he desperately needed that word. 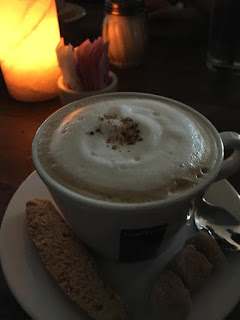 "If anyone thirsts, let him come to Me and drink." ~Jesus


We drove down the street to my brother's restaurant and had brunch.  One thing I love about my brother owning his own restaurant is being able to have the place to ourselves, if need be.  Throughout brunch I never asked him what he thought about the church service.  We talked about family, our animals and he caught up with my brother regarding the restaurant business.  After brunch we took a drive along the coast and just enjoyed the view and weather.

A little over a month had passed since that day, when I was at his house and he seemed anxious.  I walked up to him and put my arm around him and I could feel his shirt was wet.  I asked him if he had a fever and he said no.  He said he had a panic attack.  I quickly prayed over him and told him to come lay down on the couch.  He had his head in my lap, as I removed his hair from his face.

"Fans ask about you all the time, even in other countries."  "How do they know me?" I said.  He then sat up and said, "I want to show you something."  He showed me this beautiful land that he was thinking of purchasing.  I told him it was breathtaking.  He then grabbed his phone and said, "I want you to listen to this"... it was an old message of mine that he had saved on his phone. "I've listened to it a million times."  I couldn't believe he kept it because I was kind of preaching to him.  haha

He said, "I feel restless and keep thinking about what your Pastor said about the anthem inside of me and how my gift is connected to my anointing, for His purpose.  He said God will give me a fresh anointing.  I get it. I know why I was supposed to be there that day.  I needed to be in His presence to receive the fresh anointing and accept His invitation.

I had chills all over my body.

Listen, I know that I've told you this before... but I know it's time.  The world is so crazy right now.  I know it's time for me to use my gift to fulfill my purpose. And I know I need the Holy Spirit to accomplish it."

I absolutely loved this night.

Holy Spirit, You are welcome here
come flood this place and fill the atmosphere
Your glory God is what our hearts long for
to be overcome by your presence Lord

So glad to see this today. You've both been on my heart and in my prayers, dear friend. Our prayers are being made manifest. Remember what I said about x and s, and a special service in the future? I can still see it clearly... and I'm praying and rooting for that day.

Oh Lisa, if everyone could grasp this revelation like he did imagine what they could do. This really touched my heart and you seem so patient but consistent which is what matters. This blog really blessed me. God bless you both.

We've been waiting a long time for a new CD I hope he records it with GNR and doesn't give his anthem away to ACDC.